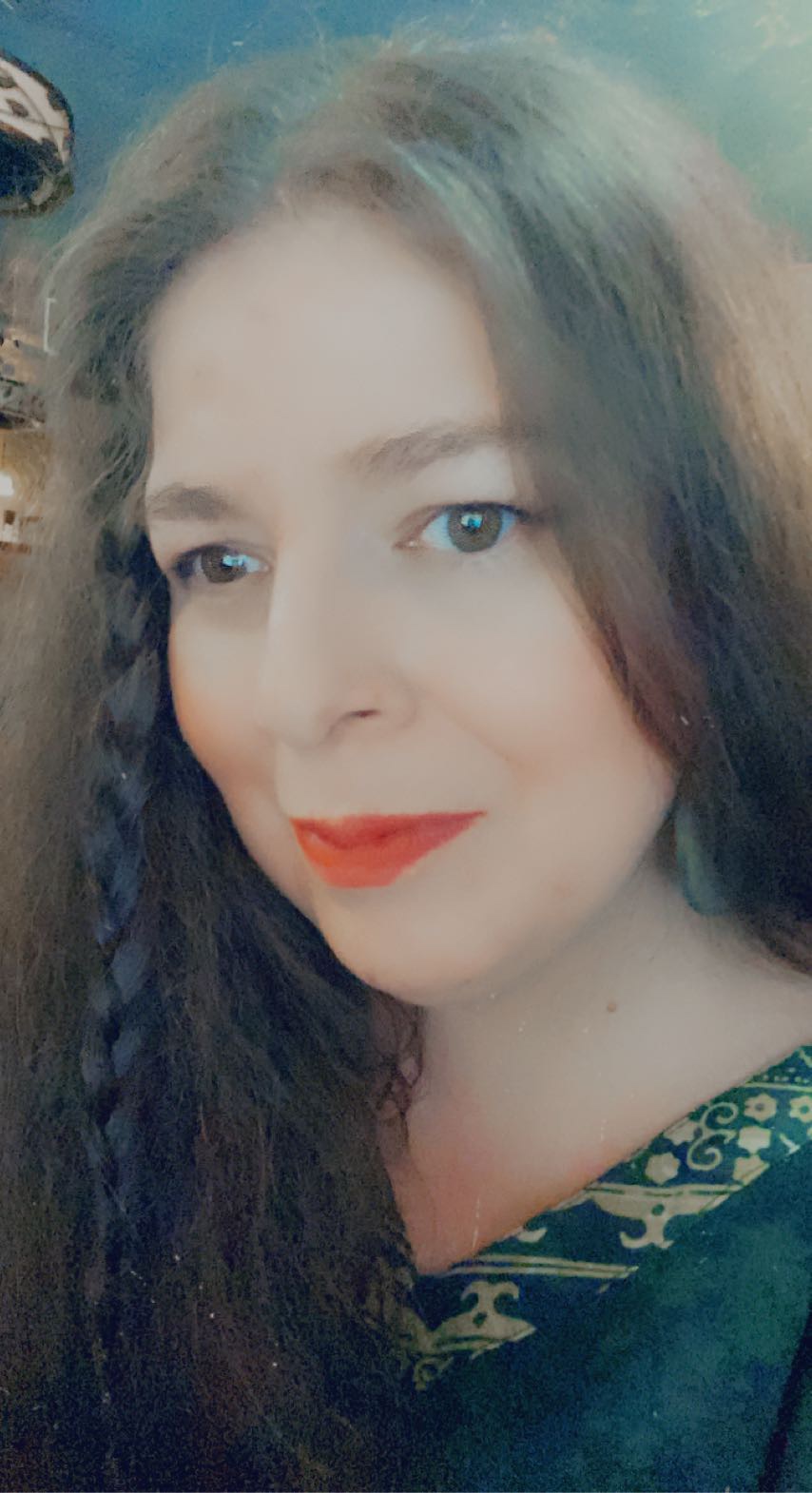 To request a book review, to order copies of Marrow (see below), or to request proofreading or editorial services, email thesonginyourhead@gmail.com.

Sabne Raznik is an internationally published poet, a former community theatre actress, and an award-winning artist with three full-length poetry collections - Following Hope, Linger to Look, and Rabbit Hole. She also released a collection of artworks titled Renaissance: Visual Art 2005 - 2019. Her latest book is an e-chapbook - Dreaming of Bono - from VoiceLux. She founded and co-edits AvantAppal(achia) ezine. Raznik believes herself to be a supranational poet, in that she feels the arts transcend manmade boundaries. In view of that, her effort as part of the Appalachian Renaissance is to break stereotypes and showcase Appalachian poetry as a living part of the world-wide literary scene, as well as to encourage the underrepresented but thriving Appalachian avant-garde in the global context. 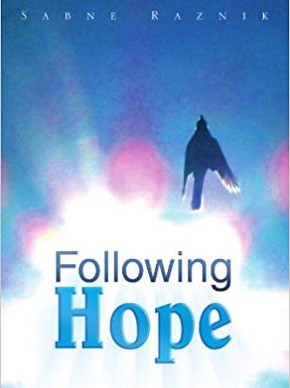 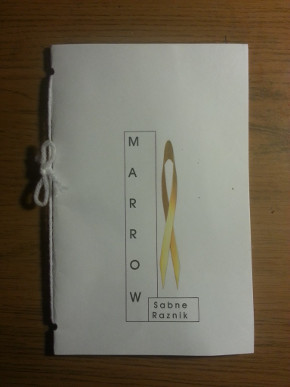 To order, use the email address above. All proceeds except shipping will be donated to St. Jude Children's Research Hospital. 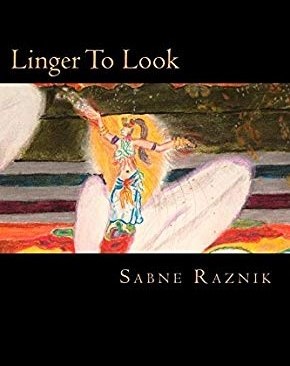 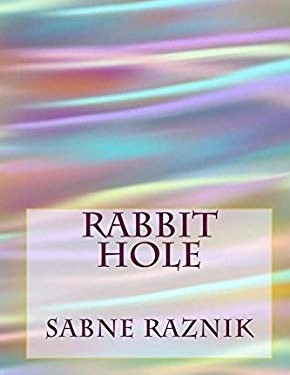 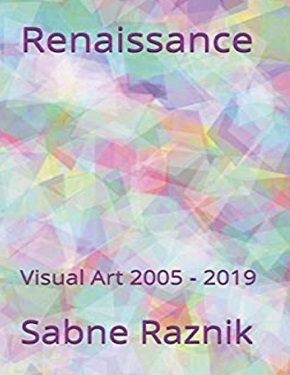 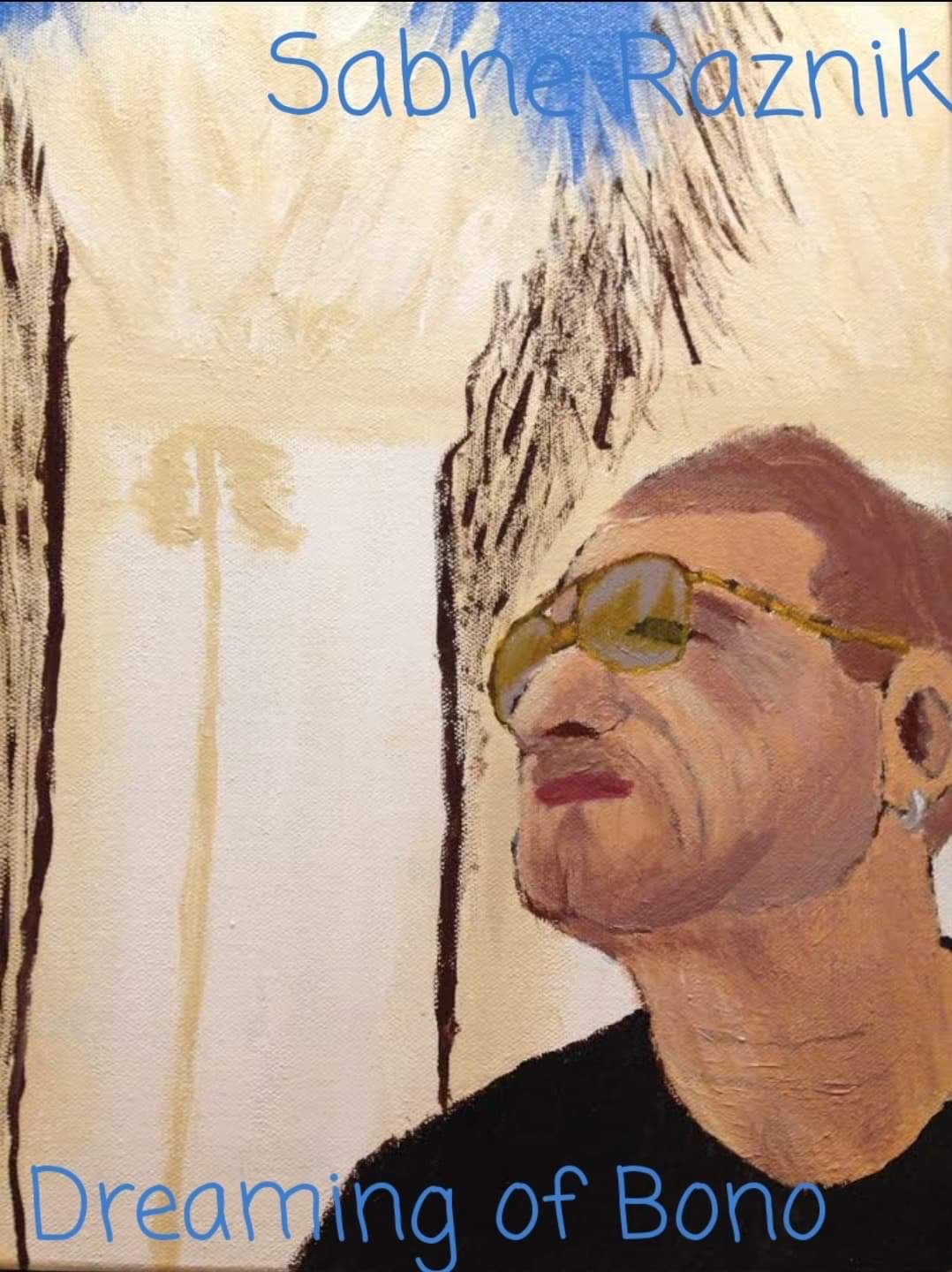 A little girl, a young lady, and a mature woman walk into a bar and order a pint of Guinness. Only the mature woman leaves.

Because "hope has wings" and only the mature woman has the experience enough to manipulate "the sadness in our will : the courage of noble righteous doomed, who defy and defy ... because we must, if only for those who lack the strength to fight". Because, as I told you, "she's lived more than you'll ever read".

The collection is a taste of mental growth in action, weaving dreams, reality and over the top stardom into a father figure only to outgrow him in the most superlative way.

A carry in your pocket lifting of burdens to peruse over and over again. Why? Because "hope" is making a ruckus to get your attention! -- Marica, Artist

Sabne has some beautiful poems and a heart that is open to the process needed to make them. She has the "shine" as Stephen King would say and in a good way. There is an extra spirit level perception involved, a supernatural openness to receiving from Heaven that Sabne carries within herself and a grace that each of her poems relate very well. Sabne's poems are like secrets from an old friend spoken as "heartsongs", they draw you in and keep your attention. -- T. Byron Kelly, Project End of Days and Poems of the Infinite Dream

Renaissance is an emotional collection of work. Sabne Raznik’s pieces present the human experience in a thought-provoking and abstract way through body shapes and delicate hues. A mix of digital and traditional media, Raznik’s work is compelling in a way that makes the viewer’s eyes want to linger - taking all the details in. The traditional drawings of the Salome Series capture movement and exotic femininity with only the use of line and simple shading, while mixed media pieces like Beautiful Tatters find beauty in the mundane or unusual, like a scrap of paper soaked in wine. Raznik’s digital paintings feel like one is looking at a human emotion depicted in soft fields of color. Raznik is well known for her written word, but is proving herself to be quite the visual storyteller as well. This body of work is an excellent addition to any collection.-- Erin Alise Conley, Mixed Media Artist, Host of Weird Appalachia Podcast

I want the reader to imagine a dream, a dream of the sort that is not quite a nightmare where the dreamer wakes in terror but rather a dream where the dreamer is led on from curiosity to curiosity, image to image, and, confused perhaps but no less surprised by the images, wakes with a head scratch and begins the day, thinking about the world as a much stranger place than when the reader laid down to sleep ... [In the poems where the language is more] extreme . . . the deconstruction of language . . . [mirrors] the shattered state of language today and the impossibility to understand discourse of any kind anymore. It is as if language itself is designed to disguise meaning rather than convey it. -- George Fillingham

The over-arching themes of Linger to Look seem to be desire, belonging, transformation, and loss. Many of the poems are spoken in the voice of a woman who longs to dance and break free from the bonds that tether her to dusty reality. Horse, bird, water, and stone images abound. Musical use of language led me to finally read many of the poems aloud to myself to further experience the poet’s skill with sound. Linger To Look ... is a dance of musical language and metaphysical imagery, swirling in experimentation and shimmering in the jingling of human heart. -- Roberta Shultz, Braver Self

A lovely, heartbreaking handmade chapbook ... poems that emerge from a deep place of suffering and anguish. -- Yon Walls, SpicyLetter.net

Raznik is an artist. The picture is so beautifully drawn through words; I was carried away as if I were looking down the hospital hallway watching this unfold. Good writing stirs emotion and emotion is concentrated in these 15 pages. The best things come in small packages. -- JohnLeeReviews.com

Although it may be a difficult read, it is loving, it is touching, it is truth, it tells the story of all who are afflicted with cancer and of those who love and care for someone with this monstrous disease. The author’s heart is in every word. There is no other writing which can reach inside and touch you more deeply. --Renee Robinson

The language is haunting; in fact the entire book reads like a haunted, lyrical, warm, violent, wounded love-poem in which togetherness and a chilly gulf of separation vie with each other, and hurt is inseparable from loving passion. This leads to a situation where warm intimacy and icy distance assess as they embrace. ... This book doesn't really get laid aside; it walks the streets of Dublin with me. -- Brendan Kennelly

Raznik's poems are fantastic. I was ready to go up and set fire to all my attempts. -- Sally Adkins

A collection preoccupied with the visual: glitter, dazzle, kinetic energy. ... There are fine phrases scattered throughout: "Experience is a changeling", "water coloured smiles and gypsy-clad/ habits", "A leather-clad, muted blue star" (Valhalla: blue) "Crowded streets of baked rain" (Une Ville), "the certainty of ships" (Fingers). There's a real commitment and dedication to language in this first collection that promises much for the future. --Kit Fryatt

Raznik’s writing is deep and colorful and reminds me of an expressionist painting or perhaps like a Picasso showing multiple dimensions and perspectives simultaneously of the same topic - each phrase is like a brush stroke of rich pigment. -- Claudia Duffee

© All rights reserved. Made by Sabne Raznik with by Createx Studio